This will be my final Captain’s log in charge of the USS UKCoRR (or should that be HMS UKCoRR?), and I thought I’d mark the occassion with a few remarks.  So if the assembled crew would forgive my indulgance for a few moments, I’d like to reflect a little on what’s going through my mind at the moment.

Oh, and before anyone takes me to task for mangling Shakespeare; I am of course quoting from the Immortal Bard as translated from the original Klingon.  There’s a reason for that title too. As does the story line of Star Trek VI mark the end of an era and the beginning of a new one in uncertain times so does the end of July for myself.  My time as UKCoRR Chair is over, and shortly after that I’ll be warping out of the repository sector altogether. I will admit that it is with a genuine and profound regret I say goodbye to my time at the helm of UKCoRR.  It really has been the best of times, working with a team of dedicated, inspirational and all round delightful committee members.  I’ve certainly enjoyed all the discussions both public and private with the membership as well.  I’ve often said the role of the Chair is to be the mouth piece of the membership; but in order to speak on their behalf it means I’ve had to listen. A lot.

(Something that many of you who know me well will be aware would have been the biggest challenge of them all!)

Like the United Federation of Planets (UFP), UKCoRR is made up of members with a diverse range of experiences, drivers and needs.  I would hope that like the Federation that you’ve continued to find that UKCoRR has provided you with a voice, a safe, supporting environment that encourages the freedom of expression and progression without fear of reprisal or nay saying.  While it would be delightful to suggest that repositories are driven solely by logic, we all know too well that local politics and emotion can shape their direction too.  Hopefully the security found within UKCoRR’s discussion list’s warp bubble has continued to offer a subspace beacon emitting rationality and assistance in equal measure.  A community that can be relied on to provide that level one diagnostic, offer a range of options or just somewhere to share your frustrations with those who understand.

I hope that in my year and a half that I’ve been able to steer the good ship on a steady heading through the sometimes turbulent photonic wakes that of late of been hitting us all with an increasing regularity.  In the past month especially it seems that new policies impacting on repository operation seem to pop up every few minutes.  In particular I’m sure the fallout from the Finch Report will continue to resonate across the entirety of the UK repository community, for good or for ill, for a considerable time to come.  While it is perhaps not quite as epoch making as it first appeared it has certainly galvanised the Government to take a firm pro-OA stance.  I’m sure I’ve not been alone in seeing senior managers sit up and take note of the OA agenda like never before; although how much their local repository registers on their sensors may be more variable. 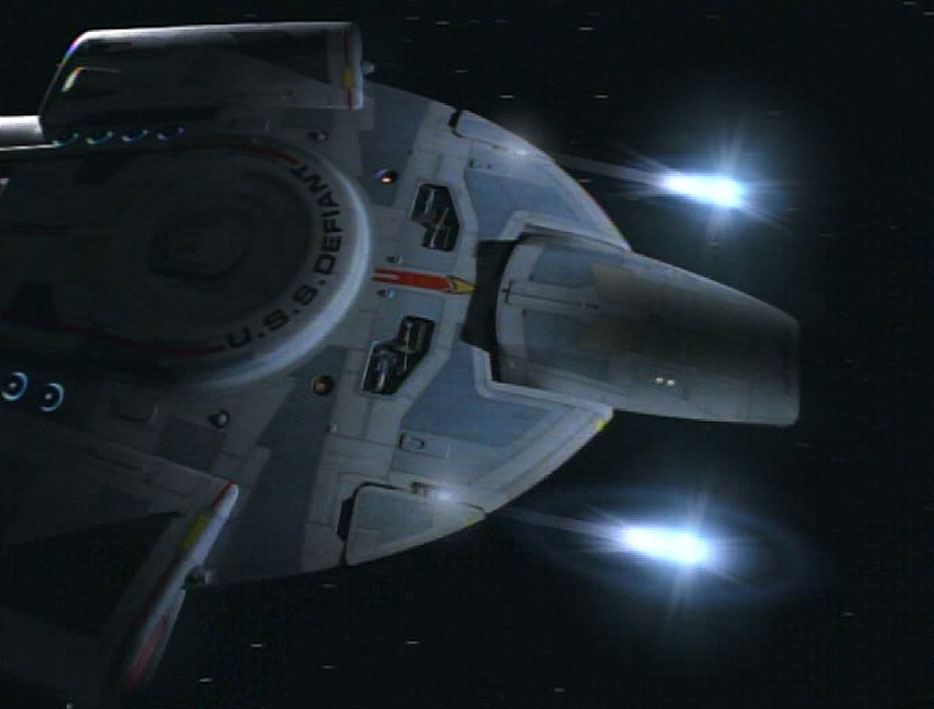 I have been fascinated to see the reactions to Finch from other stakeholders.  These have run the full spectrum from excited welcome through to outright suspicion and in a few cases a full cascade of quantum torpedoes.  I hope that if anything is the lasting legacy of Finch for our community, that it is a reigniting of the OA debate within our institutions like never before.  I’m sure there are academics in our institutions today whom have suddenly woken up to the changing reality of scholarly communications of which they may have remained previously blissfully unaware.  While UKCoRR’s initial position on Finch decloaked a while ago, I think only time will allow us to come as a community to really review what it has wrought.

It is safe to say that is not to say that it is plain sailing ahead for repository workers.  Lurking in the research funding Neutral Zone is the REF.  As academics face the three line whip to make sure their submissions are locked on target or face the agonizer booth, and as the whole coordinated information apparatus of the university swings behind them; there’s a risk that those working with repositories might find their interests side-lined.  I think this reinforces once again the importance UKCoRR in both taking a stand and supporting the needs and value of repository workers locally; but also in forging our own equivalent of the Khitomer Accords with people like ARMA, UKRepoNet+, SCONUL and DRF.  Only through establishing strong alliances and enhanced visibility can UKCoRR provide the kind of impactful ambassadors that our members need and our Charter requires.

Like the UFP one of the issues that we keep coming back to is the importance of keeping UKCoRR independent from other influences.  While we acknowledge and have strong, cordial relationships with people like the JISC; at our heart we are servants to the membership only.  Maintaining this independence has, to date, meant a very careful eye kept on the issue of finances.  I can only applaud those institutions who’ve hosted UKCoRR meetings at their expense as well as those that have provided the latinum for our speakers to attend.  Without them we certainly wouldn’t have been able to host events at all (or at least nothing with a lunch or at a national level).  As UKCoRR continues to evolve though, I do keep coming back to the 3rd Rule of Acquisition “Never spend more for an acquisition than you have to”.  One of the reasons we won the Jason Farradane award last year was through achieving so much, with essentially nothing more than enlightened goodwill and volunteer effort.

UKCoRR is an unfunded but gated community, where membership is based on the simple premise of working directly with repositories.  Unlike publishers we have never erected a payment force shield between potential members and achieving membership.  I think that has enriched our community considerably by including those members of staff whom may not ordinarily have considered or have been able to afford joining a professional body.

At the same time the lack of funding does limit our manoeuvrability; and certainly the capacity to transport the committee members into the same space/time coordinates.  Perhaps thanks to the continued funding of the RSP over these years we have remained in a goldilocks position that has allowed us to sidestep the funding issue for now; but this may not always be so.  Certainly during my time opportunities have arisen where funding could have allowed us to take a different course; all be it while introducing larger complexities into the running of the organisation. 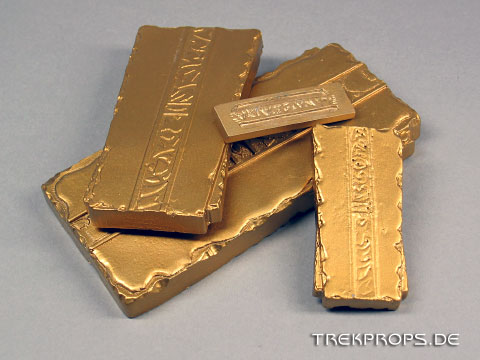 We have had offers of sponsorship, although I’ve always had my concern about the strings that might have come attached to them (the 47th Rule perhaps applies here).  Then again perhaps a benefactor will step forward at some future time with whom we can do business, and mayhaps apply the 1st Rule (“Once you have their money, you never give it back”).  How this will balance with the essential independence of UKCoRR is luckily something I leave to the future Chair to deal with.

If there was one thing that I were to pick as the highlight of my time in command, it would have to be the membership itself.  YOU are the heart of UKCoRR’s crew.  You have been welcoming, insightful, diverse, vocal, intelligent and above all as engaging a group of professionals as it has ever been my pleasure to work for.  I know full well that as I leave the Committee and shortly after it UKCoRR itself, it’s the daily interactions with you all that I will miss the most. 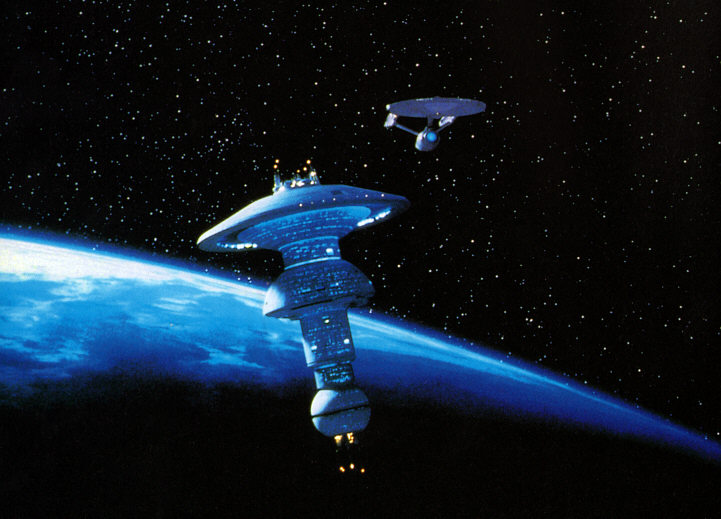 The future of repositories in the UK is more than ever truly the undiscovered country, but it’s one I know that the Committee and members of UKCoRR will help steer us all through.  Together.  As a collective enterprise.

The centre seat is yours now Captain Budden, and I stand relieved.

Hailing frequencies open. Thrusters on full.  Inertial dampeners to optimal and course laid in. Prepare to take her out of Space Dock!

(all images (c) their respective owners)

8 thoughts on “Have We Not Heard the Chimes at Midnight?”